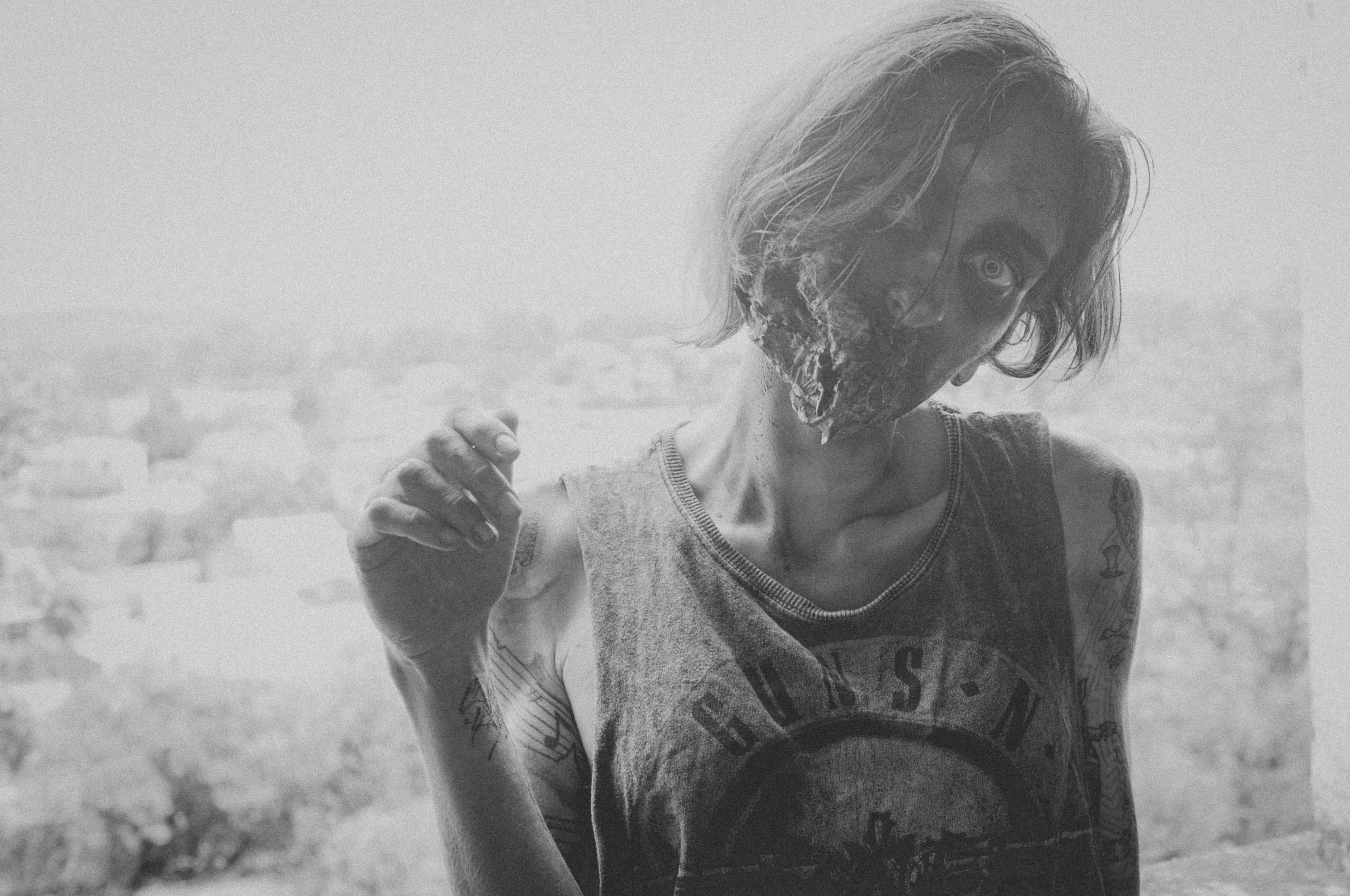 “Many of us live like dead people because we live without awareness. We carry our dead bodies with us and circulate throughout the world.”

I tell the students who take my monster class that we learn a lot about our culture’s fears based upon the monster of the day.

Currently, that monster is the zombie. Scholars have argued that the zombie represents anxiety about consumerism or about terrorism. I’ve argued in an essay that they symbolize our fear of dementia, given that more than six million Americans have Alzheimer’s.

No matter what they symbolize, zombies are ubiquitous, from the mashup fiction of Pride and Prejudice and Zombies to the TV show The Walking Dead, which finished its tenth season recently.

Zombie fiction tends to be bleak, with zombies often coming along as part of an overall apocalypse. In Max Brooks’ World War Z, a reporter records the aftermath of a global pandemic that resulted in zombie hoards attacking world wide, nearly wiping out all of humankind. In Brooks’ book, humans triumph though the cost in life and lifestyle is astronomical. That is as cheerful as zombie literature tends to get.

Zombies usually resemble shuffling rotten carcasses, unable to communicate and driven only by the urge to eat living flesh. They are not really sentient beings.

In Pride and Prejudice and Zombies, Elizabeth Bennet is a trained zombie hunter who can kill as well as dance properly at a ball. However, the undercurrent of anger Elizabeth demonstrates in Austen’s original verges on degenerating into zombie-like behavior of her own in the mashup version where Elizabeth kills a ninja, pulls his heart from his chest, and takes a bite out of it.

Past the first few seasons, the main action of The Walking Dead has circled more around surviving groups warring than around the zombies themselves with scenes of torture and killing among the humans taking center stage.

World War Z also includes accounts of atrocious human behavior from the marketing of a false vaccine that makes a man a fortune to cannibalism in order to survive the harsh winter for those who fled to Canada where the zombies temporarily froze.

Zombies bring out the worst in everyone.

Thich Nhat Hanh does not use the word zombie in his book No Death, No Fear, but he does argue that many of us resemble the walking dead as we wander through each day mindlessly.

Alas, like zombies, we have the potential to hurt those around us when living half dead. As Thich Nhat Hanh notes, “you cannot know how many people your words, actions and thoughts have touched.” In our own zombie-like state, we too can inflict harm producing factions and anger. The careless action or comment may resonate with someone in a life-altering way that we can’t imagine—because we’re too busy imagining the past or future to notice the present.

Fortunately, unlike those rotting corpses, we have a choice to be fully alive. We can be reborn in each and every moment into mindfulness. Yes, we can master our brains instead of eating others’ brains. How?

We choose to be in the present. We come back to life in this moment, recognizing that doing so is our chance at happiness and that, because we are interconnected, our choice of awareness benefits all.

Rather than being zombies, we can be reborn and fully alive, open to the conditions for happiness that already exist in our lives. As Thich Nhat Hanh writes, “we can become alive again. We will be like dead people reborn.”