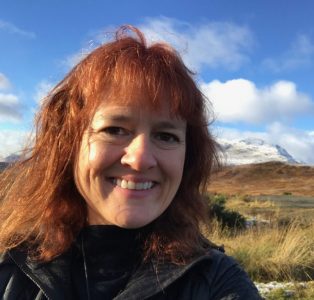 Kathryn Duncan is an English professor at Saint Leo University in Florida. She earned a B.S. in journalism from University of Florida and her Ph.D. from Tulane University with an emphasis on eighteenth-century British literature. She has presented at conferences across the United States and in Europe and Asia as well as publishing on pirates, Methodism, evolutionary psychology, and Jane Austen. She’s edited two books, one on religion during the eighteenth century and another on cognitive approaches to eighteenth-century literature.

Kathryn enjoys traveling, running, yoga, swimming, cycling, meditation, and qigong. She’s run eight marathons thus far, seven of them at Disney World because she’s a total Disney nerd. She loves Harry Potter and has taught several Harry Potter courses, one of which included a trip to England and Scotland.