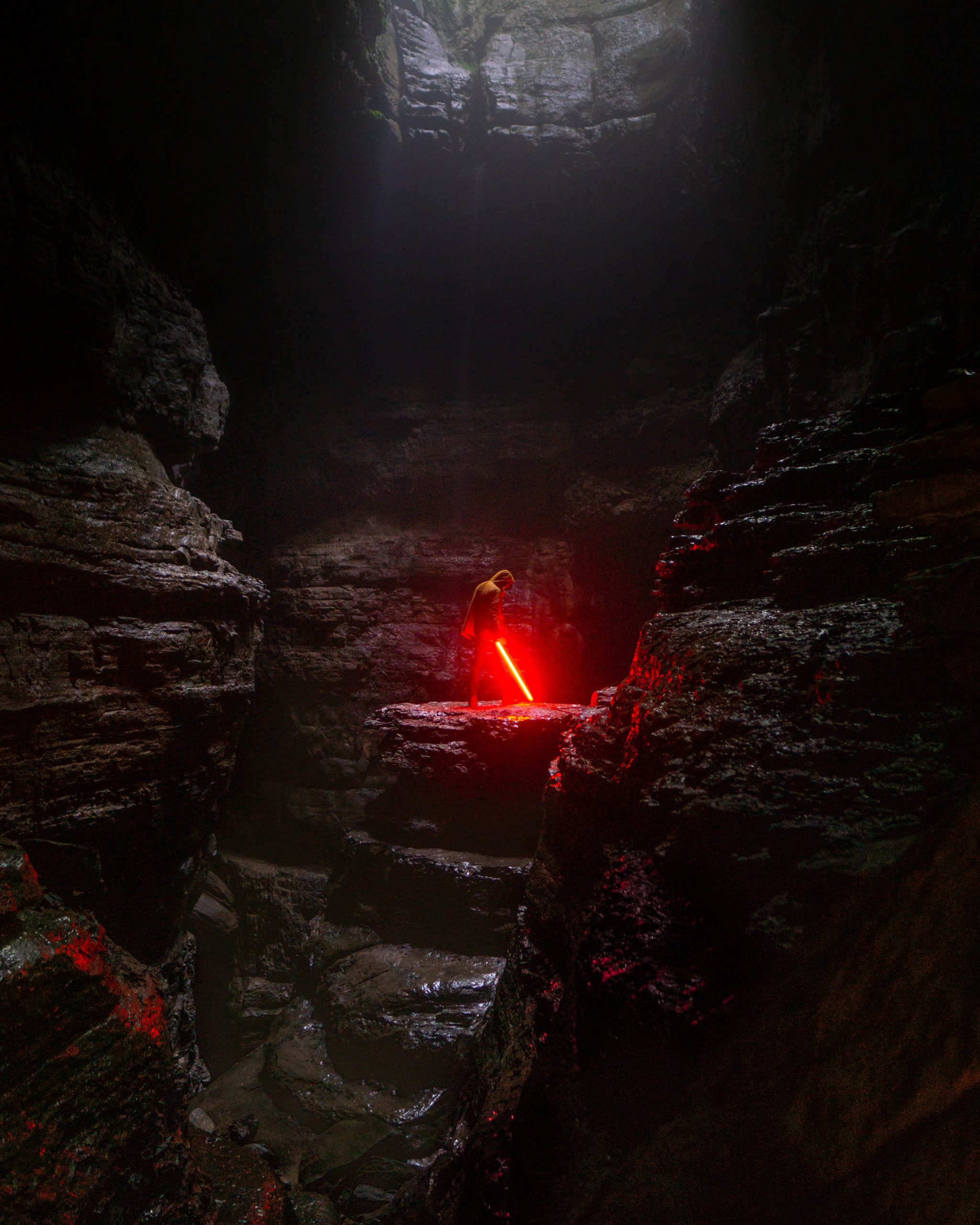 The Force of Attachment

“The fear of loss is a path to the dark side.”

I confess that Easter made me realize I have more in common with Anakin Skywalker than with Mary, mother of Jesus.

In Star Wars III: Revenge of the Sith, Anakin tells Yoda that he’s had visions of someone he loves suffering and dying. It’s clear that Anakin himself is suffering and wants a get-out-of-jail-free card from Yoda. He’s looking for an out, a way to avoid this vision.

Instead, Yoda gives him wisdom reflective of what the Buddha shared thousands of years ago. Anakin is suffering from attachment, and that “Attachment leads to jealousy,” as Yoda says. He can’t prevent the death of those he holds dear. Yoda reminds him that “Death is a natural part of life” and that he should “Rejoice for those around you who transform into the Force.” Anakin asks Yoda what he must do, the subtext being how can I change the future as he has already told Yoda that he has no intention of letting this envisioned future occur. Yoda replies, “Train yourself to let go of everything you fear to lose.”

If you’re a Star Wars fan, you know where this leads because Anakin was never very good at taking advice.

Even as I watch these movies and feel impatient with Anakin, I get it, which was brought home to me as I studied the Bible before Easter.

As part of my morning practice, I read Jan Richardson’s Sacred Journeys: A Woman’s Book of Daily Prayers, which includes poems, excerpts, and reflection practices that center on women in the Bible, connecting them to historical and contemporary women.

Of course, the readings before Easter centered on the women in Jesus’s life, which got me thinking about how God would’ve known better than to tag me as Jesus’s mother.

There’s a lot of commentary on how young Mary was when the angel appeared to her about becoming a mother and how dangerous it was for her to be unmarried and pregnant. Her response in accepting this difficult task is held up rightly for admiration.

But I keep thinking of the unwritten parts of her relationship with Jesus where he told her all of the many dangerous things that he was going to do. I’ve put myself in Mary’s place in my imagination. I picture Jesus coming to me as his mother and telling me that he is going to wander in the desert for 40 days, gather up disciples, hang out with the “wrong” sort of people, publicly question religious dogma, and make enough people angry and jealous that it’s going to get him killed.

I can see myself in his face begging, guilt tripping, yelling, threatening, crying, and saying, “Oh no you don’t!”

Then, when he inevitably didn’t listen, I’d have thrown myself on the cross screaming, “Crucify me instead!”

God wouldn’t have chosen me as Jesus’s mom because I’d have been so attached to my son that I’d have interfered in every way possible and hindered the creation of Christianity.

That means I’m like Anakin, suffering from attachment, but the good news is that I’m not Darth Vader because I’m willing to listen to advice.

I am, as Yoda advises Anakin, training in letting go of everything I fear to lose. Life has given me opportunities to practice as I’ve weathered losing some of what I’ve held precious.

I will never be Mary or even Yoda for that matter, but the Force has been with me, and it’s okay.

May the Force be with you also.

Photo by Cade Roberts on Unsplash