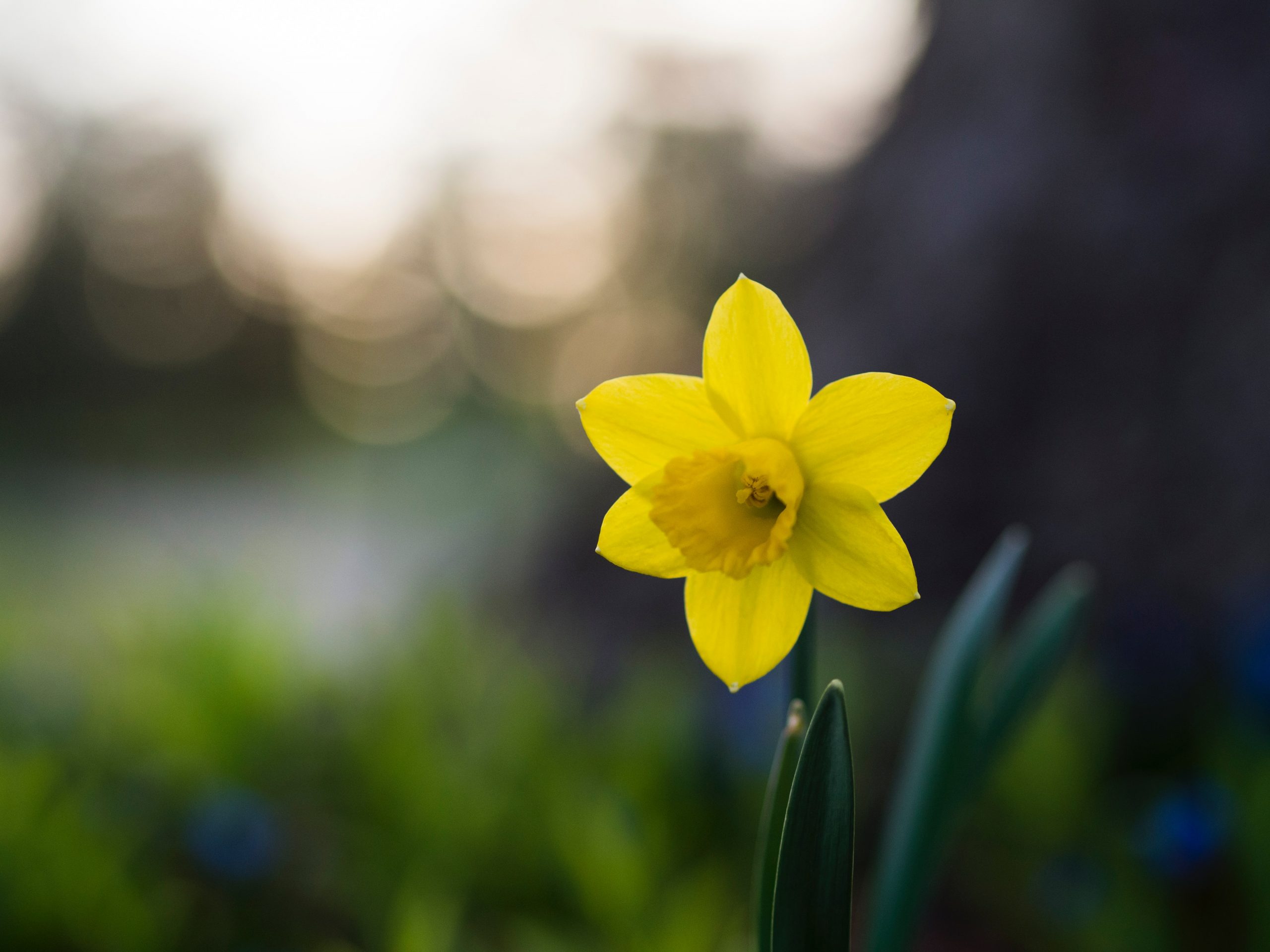 The Flowering of Anger

“All the daffodils look lovely today.”

I got very angry the other night.

The only relief for me is movement, so I walked briskly to the park less than a mile from my house and got on the swing set pumping my legs as hard as I could to go as high as I could and move as fast as I could.

I was listening to an old Cranberries album aware of all of that anger flowing through me, sometimes feeling like it would overwhelm me. Then the song “Daffodil Lament” came on.

I have decided to leave you forever.

I have decided to start things from here.

What I’m feeling and the daffodils look lovely today,

And the daffodils look lovely today,

I felt the anger flow out, not through me then, and my body relaxed. I smiled. I walked home feeling almost wilted but better.

There was no you to leave forever, rather phantoms of the past that I felt I could release and start things over from here

I’m not sure why those lyrics worked so completely to make me feel better, but they made me think of William Wordsworth, the English Romantic poet who penned a famous daffodil poem.

Wordsworth writes about “feeling lonely as a cloud” when he comes upon a “host, of golden daffodils.” He describes them as “Tossing their hands in a sprightly dance.” And he feels this encounter change him in the moment, writing, “A poet could not but be gay,/In such a jocund company.” The thousands of daffodils spread their happiness and cheer to the observer, which Wordsworth recognizes and soaks in: “I gazed—and gazed—but little thought/What wealth the show to me had brought.”

The wealth is that Wordsworth can return to this moment in his mind’s eye. He concludes the poem by sharing that:

For oft, when on my couch I lie

In vacant or in pensive mood,

They flash upon that inward eye

Which is the bliss of solitude;

And then my heart with pleasure fills,

And dances with the daffodils.

Those daffodils are a part of him now, and though he can’t always count on being able to see them out in nature and in person, they are with him. Thanks to his poem, they are with us also.

Wordsworth was one of the earliest English Romantic poets toward the end of the eighteenth century. Later Romantic poets called him a sell out when he went on to become poet laureate, and they criticized his attention to nature over politics. Romantic poet Percy Shelley even wrote a personally attacking poem called “To Wordsworth.”

But I think Wordsworth got it right—and later the Cranberries did too who, though they have political songs about Irish oppression, also wrote about daffodils.

There’s nothing wrong with anger, but if I’m caught by it—and I truly was the other night—I’m no good to anyone. It’s fine that I felt that anger, great that I found a way to release it because, if I didn’t, anger has the potential to harm me physiologically and invites me to be unkind to those stuck being around me.

For me, that anger was coming from the past, a taste of habit energy from horrible events. As Wordsworth’s poem reminded me via a Cranberries song, I also can call up seeds of wholeness, peace, and happiness after allowing that anger to pass through me.

These are angry times, and anger is a natural emotion. What will we do with our anger? Nurture it? Act on it?

I’m going to concentrate on the lovely daffodils.