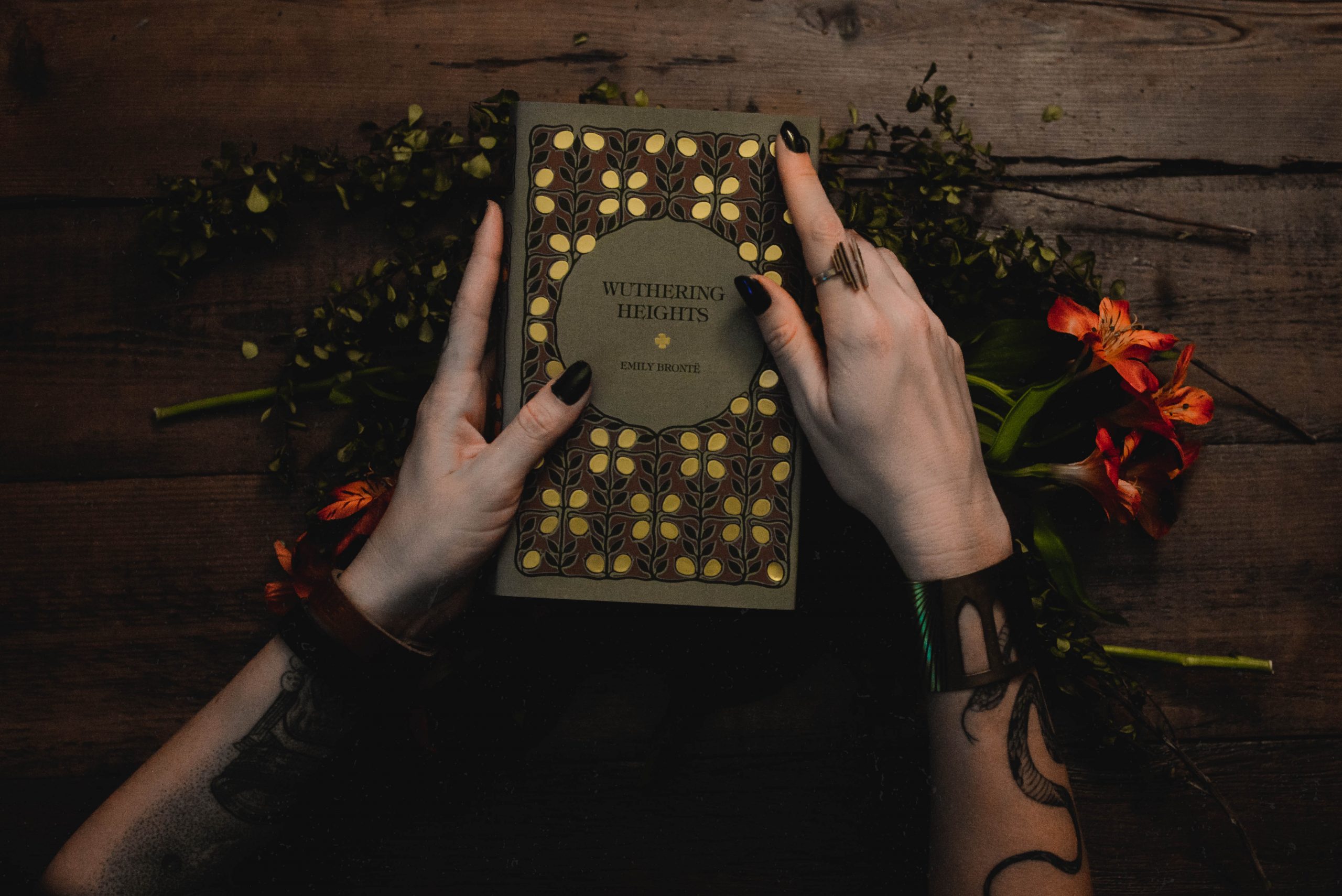 It is the green-ey’d monster, which doth mock

The meat it feeds on.”

As part of a series on bibliotherapy, in this third essay, I will recommend literature for coping with jealousy. Limiting myself to British classics, I’m suggesting Emily Brontë’s Wuthering Heights.

Jealousy, from a Buddhist perspective, results from ignorance to the interconnectedness of all. According to Buddhism, we inter-are. There is nothing I can point to as my essential self. Nor can you. Each of us is an amalgamation, and we are all interconnected.

Jealousy, therefore, is a result of clinging to a self that doesn’t exist; it’s egocentric. If I can recognize that there is no “I”, then I’ve no cause to covet what belongs to others.

When I cling to a concept of the individual self, I’m likely to “other,” seeing myself as superior to and different from other people, thereby feeling jealous of what they have and wanting it for myself.

The characters of Wuthering Heights don’t get this.

Jealousy permeates the pages of Wuthering Heights from beginning to end. It’s most obvious with our anti-hero Heathcliff, but even the seemingly quiet and passive Edgar is steeped in jealousy and possessiveness.

Heathcliff’s entry into the Earnshaw family early in the novel ignites the jealousy that will create problems for everyone—including Heathcliff.

Mr. Earnshaw finds Heathcliff as an orphan in the streets of Liverpool and brings him home to the remote countryside of the Heights. Immediately, there is jealousy as old Mr. Earnshaw shows favoritism to the rescued child whom he names after a dead son. The jealousy is particularly prevalent between Heathcliff and Hindley, Mr. Earnshaw’s biological son. He and Heathcliff continuously vie for Mr. Earnshaw’s attention and the best of his gifts, which sometimes results in violence. Mr. Earnshaw exacerbates the problem, for “he was painfully jealous lest a word should be spoken amiss” about his favorite, Heathcliff.

When Mr. Earnshaw dies, Hindley gets his revenge, relegating Heathcliff to the role of servant, denying him education and opportunity, and leaving his moral guidance up to an uneducated, rigid, and dogmatic servant. From the beginning, Heathcliff is called “it” and “gypsy;” he is dehumanized and othered. Hindley’s jealousy causes him to make this outsider status a reality.

Heathcliff’s one comfort is Catherine, the Earnshaw daughter. The two wander about the countryside with no guidance until they witness a scene of jealousy at the estate of the other prominent family, the Lintons of Thrushcross Grange. There, they peer into the window as the children, Edgar and Isabella, each pull at a puppy, jealously trying to take possession of the animal, who ends up wounded. Catherine also becomes wounded when attacked by a dog on the property. When she stays to recuperate, she receives a psychological wound—becoming a proper lady—which breaks her bond with the wild Heathcliff.

Catherine famously proclaims, “I am Heathcliff” when talking to the family servant, but she also lists the many reasons why it would degrade her to be with him, not knowing that he is listening. Upon hearing this, Heathcliff leaves the Heights to gain the wealth and respectability denied to him by the Earnshaw and Linton families. His jealousy and shame drive him away.

When Heathcliff returns, he’s wealthy with a gentlemanly air (though with that undercurrent of wildness still there). He finds Catherine married to Edgar Linton, and the jealousy results in catastrophe.

Linton’s jealousy leads to an ugly confrontation with Heathcliff that upsets Catherine so greatly that she becomes ill. She declares, “Well, if I cannot keep Heathcliff for my friend—if Edgar will be mean and jealous, I’ll try to break their hearts by breaking my own.”

Alas, the family servant, Nelly Dean, also exhibits jealousy, and, rather than smooth hurt feelings and share important information, she spitefully refuses to warn Linton of Catherine’s dangerous health as she stews in resentment and anger of her own.

The hurt feelings, anger, possessiveness, and fear continue throughout, resulting in death, debasement, and destruction.

While material goods are, in fact, limited so that Hindley and Heathcliff might be considered in competition for an estate, in its true form, love is not. Mr. Earnshaw need not have loved one child more than another. Loving one person generates more love so that there is more love to give. Given the nature of true love, there can be no cause for jealousy.

The passions that run so strongly through Wuthering Heights mean that I could not decide if I would offer it as a bibliotherapy choice for anger, jealousy, possessiveness, envy, or selfishness. My wise friend Aly, when I chatted with her about it, pointed out that all of these difficult emotions stem from fear.

That makes sense. If we can recognize the truth of interbeing, we need not feel fear or that something can be taken from us.

Consider Wuthering Heights a great prescription for a lot of difficult emotions as well as an amazing book everyone should read.