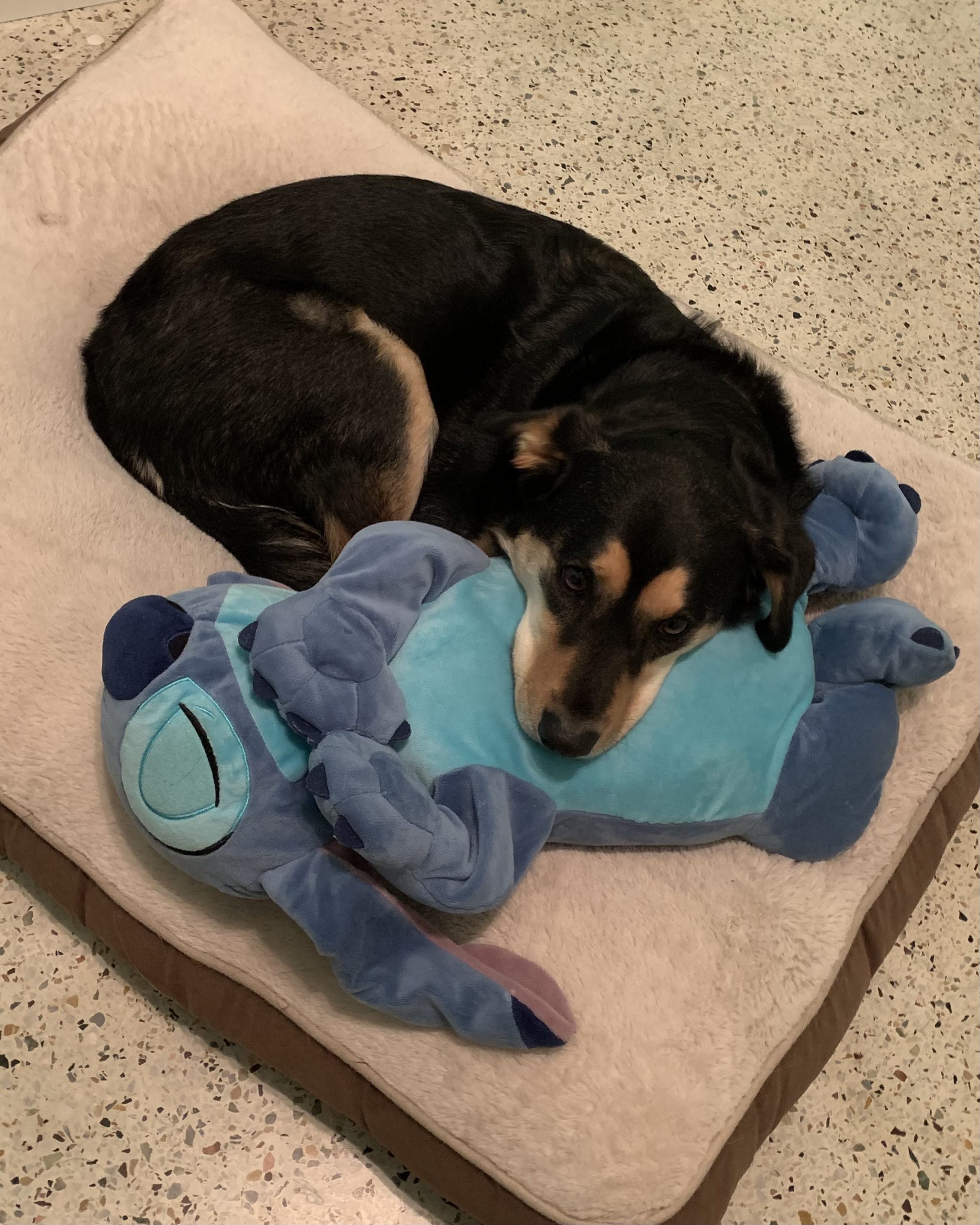 “Those events and people in our lives who trigger our unresolved issues could be regarded as good news.”

We are Disney nerds in our family with my only child especially obsessed with Stitch of Lilo and Stitch fame. We have shirts, stickers, knick knacks, and stuffed animal Stitches—as in I think all of the stuffed animals that exist of Stitch, even a pirate one we’ve only ever seen on a Disney cruise.

Our little family shares some things in common with the little family of the movie, especially since we adopted our dog in February of 2020.

We joke now that when we rescued our dog from the Humane Society, we should have named him Stitch. He was three, and we were his third family. I suppose that should have been a tipoff to go explore other kennels, but we knew he was ours.

Our troublemaker required a lot of patience in the beginning. He wasn’t quite to Stitch levels whom Lilo tells, “You know, you wreck everything you touch.” But he ran out the door and dug under the fence escaping more than once, twice at night, once when I had on no shoes and ran after him anyway. And while he’s no alien, making him unable to match Stitch’s power to wreck, he is incredibly fast so was hard to find and harder to corral as he plunged into the river near the spot where the 10-foot alligator hangs out.

In the movie, Stitch both wrecks everything around him, including the little family under investigation by a social worker, and rescues that little family.

When we meet Lilo and her sister Nani, who is now her guardian after their parents’ death, we see a lonely girl who is a human version of Stitch, a misfit troublemaker rejected by girls her age and creating problems in spite of good intentions.

Nani, her young adult sister, is clearly struggling with the responsibility thrust upon her. In an early scene, after a confrontation with the social worker and an attempt to get Lilo to understand the dire situation, Nani finds herself on the floor hands thrown over her eyes in frustration telling Lilo, “You’re such a pain!”

That scene gets acted out again between Lilo and Stitch when he exhibits his destructive tendencies, but having been a troublemaker herself. Lilo has more patience and insight than Nani. She tells Stitch about her parents dying in a car accident and that she dreams about them. She asks what losses he has suffered, telling him that she hears him crying in his sleep and that “I know that’s why you wreck things and push me.”

Nani reacts out of fear, knowing that if Lilo can’t behave well enough so that Nani can work to support them that the social worker will take Lilo.

Lilo responds with empathy and compassion, offering to Stitch: “Our family’s little now, and we don’t have many toys, but if you want you can be part of it. You could be our baby, and we’d raise you to be good. O’hana means family. Family means nobody gets left behind.”

Stitch is exactly the trigger Pema Chodron speaks of, a new member of the family who brings to the surface every unresolved issue this little family experiences. Thanks to Stitch, though, the little family becomes stronger. The troublemaker brings union.

It can be very difficult to follow the advice offered by Pema Chodron to feel grateful for troublemakers. It’s at least easier when they are cute aliens or a sweet dog who has been worth all of the effort to get him past previous abuse that makes him a bit troublesome.

If we can manage it, though, if we can feel gratitude for troublemakers, imagine how much less power they would have over us as we see trouble as an opportunity rather than something to trigger fear as it did for Nani. We could, instead, like Lilo, feel compassion and empathy, and we could have the opportunity to grow and learn, becoming happier thanks to the trouble.