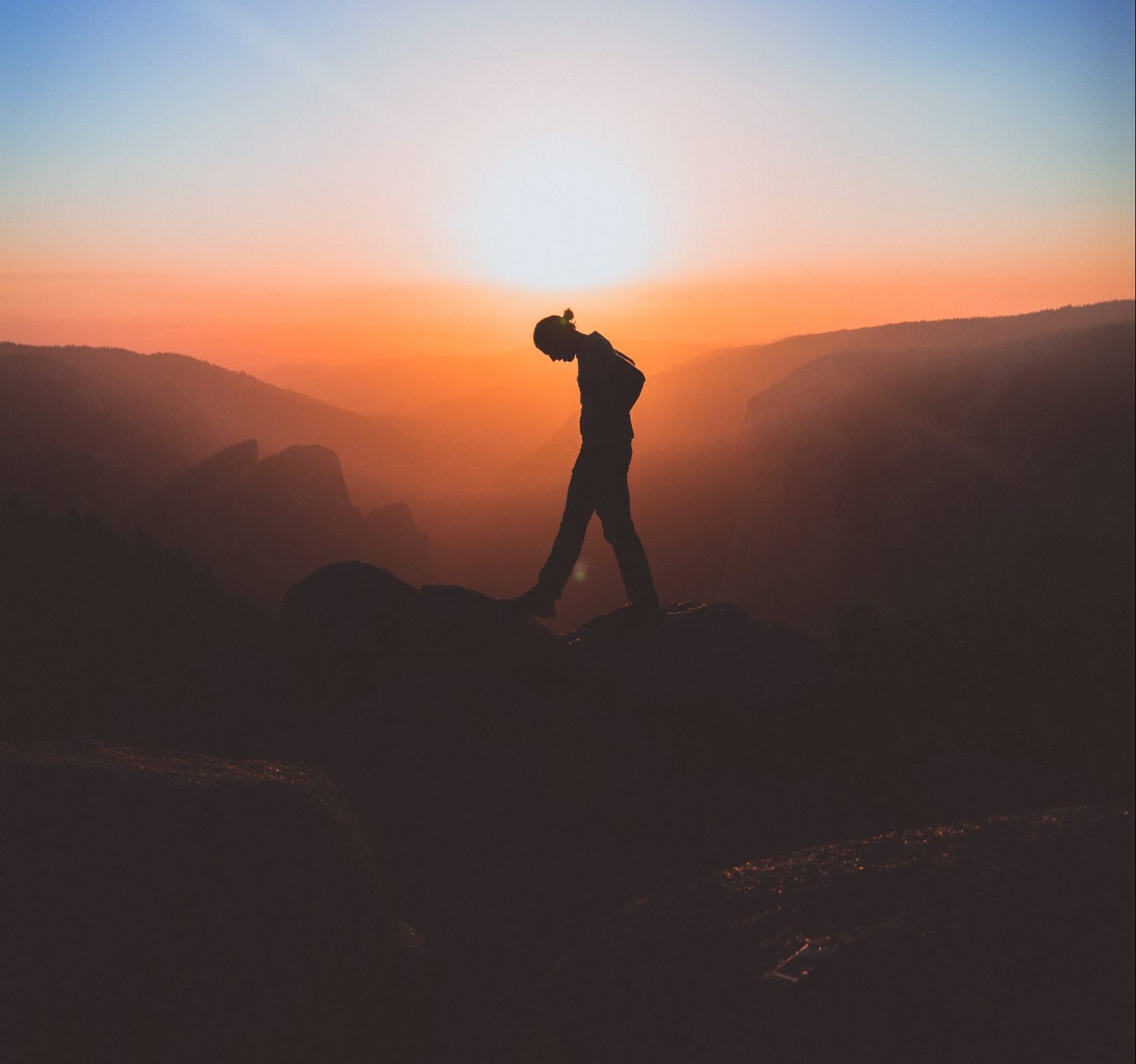 “One of the greatest gifts we can offer people is to embody nonattachment and nonfear.”

Recently, I accidentally on purpose gave some of my students an existential crisis. We opened the class with a discussion board post. The instructions read, “I’ve never met you. Who are you?”

This caused real angst. Students begged for more instruction, laughed in a nervous way, shook their heads, and put their hands over their eyes.

I always joke with my students that if they don’t feel confused or frustrated at least once in my class, they should ask for a tuition refund because that would mean they didn’t learn anything. I knew that at least this group wouldn’t be asking for a refund.

After posting, we looked over the responses for patterns, which existed across every post. Students answered with ages, year in school, majors, likes, family information, and activities they generally do. That’s how we define ourselves.

I started class this way because we were reading Rumaan Alam’s Leave the World Behind. I don’t want to describe the plot because the pleasure of this book is suspense.

In an interview about the book, Alam proclaimed that we define ourselves by the things we surround ourselves with, so the novel is peppered with such details as a long grocery list of the main characters’ supplies for their vacation rental house.

Alam also identifies everyone’s career, making clear that no one understands the career of the others, nor do they care.

We meet Clay and Amanda first. They’ve been together nearly 20 years. Amanda, attached to her phone because she wishes to feel needed, checks for messages from work as they drive off to their beautiful vacation rental. Clay asks if everything is okay back at “the office” as a “synecdoche for her profession, which he largely—but not entirely—understood.”

More opportunities to explore careers come with the introduction of another couple, G.H. and Ruth.

Clay is a professor of English and media studies. When Ruth hears this, she replies, “I’m not sure what that means.” The narrator tells the reader that “Amanda was never entirely clear on it either.”

Ruth, who has been married to G.H. for most of her life, tells Amanda that her husband is in private equity. “Ruth had explained this before many times. It still meant very little to her.” When she finishes her explanation of what his job entails, the narrator adds, “This was her way of explaining it to people who were as confused as she was.” Ruth doesn’t feel badly about this, thinking to herself, “So what? G.H. Didn’t understand the particulars of what she had done” before she retired.

Even when Amanda asks, “You’ve got a daughter?” G.H. automatically responds with her profession as a Montessori teacher, which Ruth quickly corrects, explaining that their daughter “runs the school.”

Later, when Amanda and G.H. are each talking about their jobs, neither listens so that “Amanda was lost. They were talking around each other, not to each other.”

Alam is brilliantly pointing out that we cling to professional identities as genuine markers of who we are—and to our detriment. Fixed identities serve only to separate the characters in the novel, leaving them talking at each other, with no one truly understanding or feeling understood.

And, as the title may give away, when the context of career or the things with which we surround ourselves shifts dramatically, where does that leave us?

The act of of defining ourselves—certainly in this way—is one we do automatically, and that leads us to living automatically, fulfilling roles rather than being present. It also can lead to fear when those roles no longer make sense in a given context or are stripped from us.

I see this with students getting ready to graduate who feel more anxiety than happiness, not knowing who they will be when they graduate.

Perhaps, if you’re a parent, you’ve felt this as you watch your children become more independent so that Mommy becomes Mom becomes Mom with a big eye roll until the Mom we hear is over the phone from a “child” who no longer lives with us.

Maybe some of us have experienced this disruption in roles through unemployment caused by the pandemic.

Life is always going to change, so we can’t control that part. Rather, we might move away from defining ourselves through what we do or own since those are things that can and will be lost.

So who are you?

Know that however you answer, inevitably that answer is going to change. If we can avoid attachment to the answer, we can live without fear—a gift to ourselves and to those we love.

Photo by Karl Magnuson on Unsplash