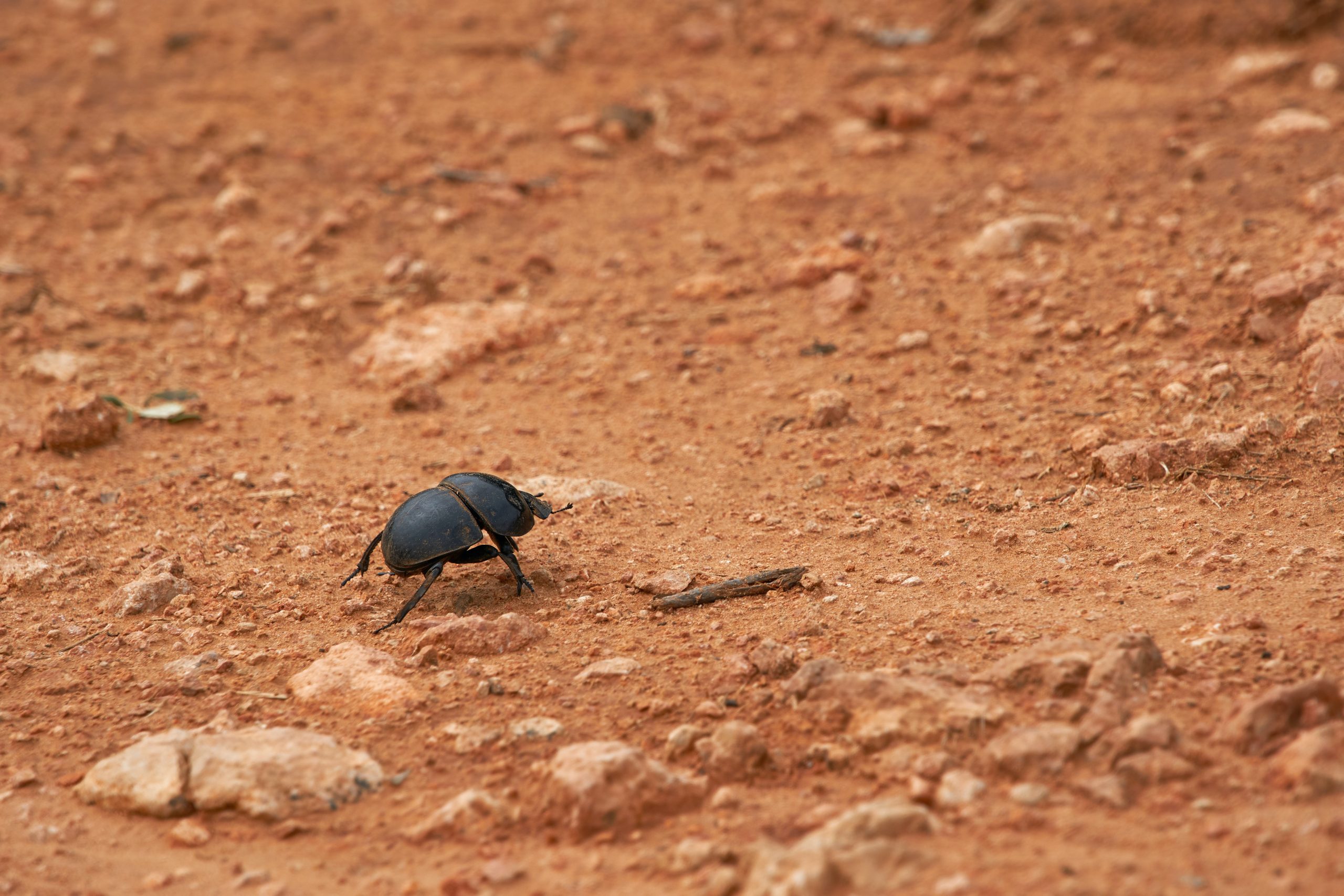 We Are What We Eat

“Give us this day our daily bread.”

Franz Kafka opens his infamous story “The Metamorphosis” matter of factly, telling the reader in a flat tone: “When Gregor Samsa awoke from troubled dreams one morning, he found that he had been transformed in his bed into an enormous bug.”

Kafka’s 1915 story was written in German, so that quote comes from a translation, which matters greatly for this story. Kafka never specifies what kind of bug Gregor becomes. We get a description of his belly as “rounded, brown, partitioned by archlike ridges” and of his “numerous legs, pitifully thin in comparison to the rest of his girth.”

Some translators go with cockroach, but, thematically, I’m with the translators who call Gregor a dung beetle.

Metaphorically, Gregor has been eating a lot of. . .dung before his transformation. He has been working for five years as a traveling salesman in order to pay off his unemployed father’s debts. He is the only one with a job in his family, who clearly takes him for granted.

Like a dung beetle, Gregor has been living off the emotional leftovers of others and making important but overlooked contributions.

Gregor is concerned primarily by his transformation from person to vermin because he will miss work. His concern is not entirely misplaced, for he is defined by his work—work that he hates and where he is not appreciated.

It sounds silly when Gregor worries that his employer will be suspicious if he reports himself too sick to work since he’s never done so. Yet his fear is justified as his manager comes to his very bedroom door to upbraid him for tardiness.

Eventually, Gregor attempts to get out of bed. What follows is a detailed, comical description of a giant bug on its back rocking back and forth trying to get back on its (his?) many feet. As he struggles, Gregor thinks to himself “how simple everything would be if someone came to help him.”

However, Gregor has “formed the cautious habit, an offshoot of his business trips, of locking all his doors at night even at home.” And he’s glad of this because he doesn’t want his family to see him, but it also means no one can help him.

Eventually, Gregor manages to unlock the door, but his father offers violence instead of help, forcing him back into the room.

At first, his sister attempts to help by feeding Gregor. She brings him what she knows Gregor likes: milk and bread. Gregor, though hungry, can’t eat it. Seeing this, Grete brings an array of choices the next day: “old, half-rotten vegetables; bones from their supper, coated with a white gravy that had solidified; a few raisins and almonds; a cheese that two days earlier Gregor would have found inedible; a dry slice of bread, a slice of bread and butter, and a slice of salted bread and butter.” Gregor discovers that he can eat nothing fresh, only disgusting leftovers—only waste.

When Charles Darwin first published On the Origin of Species in 1859, the Victorians feared that if we could evolve, we might also devolve, regressing and becoming more animalistic. What evolution shows is how adaptable all species are. In this case, Gregor adapted so thoroughly to an environment that expected him to eat dung that he became a dung beetle.

Gregor dies of literal starvation with a rotten apple that his father threw at him as a weapon embedded in his back.

Gregor dies of symbolic starvation as he hears his family continuously discuss him as a burden with Grete saying aloud that she wishes he would die. In this family, there are no seeds of love as their relationships are defined as business transactions.

Gregor lacks any source of nutriment—physical and spiritual.

Gregor has good intentions in wanting to do his duty and to support his family. In the process, though, he has locked doors rather than guarding gates and, thereby, is dehumanized.