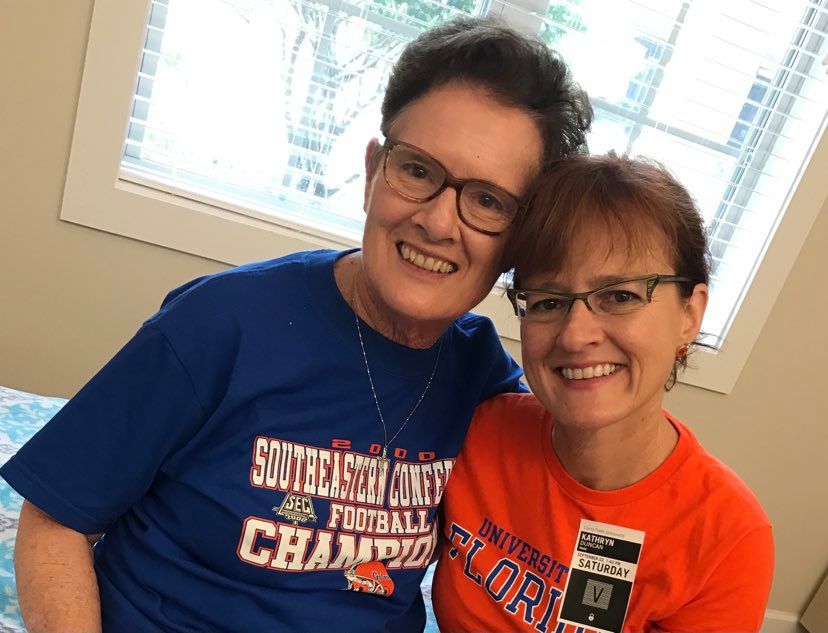 “… the sins of fathers are visited on their children to the third and fourth generation.”

Horace Walpole, The Castle of Otranto

Recently, I looked in the mirror and saw my mother’s face. It was my face, of course, but for a moment it felt as I were once again looking at my mom because I appeared so much like her.

This isn’t shocking. A lot of people would tease us for our resemblance. Mom would introduce me as her daughter, and generally we were met with laughter and a comment about that not needing any explanation given that it was so obvious.

Even for those of us who may not physically resemble our parents, there is that connection. I once had someone say to me that my daughter didn’t look like me but that he could tell we were mother and daughter, that there was an ineffable similarity.

Such connection can have its drawbacks, though, according to the first-ever Gothic novel.

Published in 1764 by Horace Walpole, The Castle of Otranto declares in its preface the moral of the story: the sins of fathers are passed on through the generations.

We get to see the effects of this immediately. The novel’s opening scene is a giant helmet falling from the sky and crushing Prince Manfred’s 15-year-old son on his wedding day. We learn later that this is the result of a curse. There are ghosts, a sword so large it takes 100 men to carry it, and plenty of intrigue, including unfair imprisonment, stabbings, and death.

All of this is caused by Manfred’s long-dead grandfather having stolen the principality that Manfred so desperately wishes to hold.

But he can’t do it because, yep, the rightful heir shows up looking exactly like his ancestor. Manfred might lie and scheme to retain power, but he’s destined to fail because this handsome newcomer obviously should rule Otranto. The proof is in his face. Manfred must abdicate, and his children must suffer for the crimes of an ancestor.

While Wapole’s novel is bit silly with its use of the supernatural, the lesson that Walpole explicitly offers in his preface has some validity.

Science supports that we carry our ancestors within us.

Through measuring levels of respiratory sinus arrhythmia (RSA), a marker of physical and mental health, scientists have found a mother’s history of stress and trauma affects the amount of RSA she will pass on to her infant. This study goes beyond the inevitable connection a woman shares with her child while pregnant. It finds that a woman who suffered childhood abuse can pass on biological markers of that trauma to her infant as part of giving birth.

The study of epigenetics affirms that trauma can be passed from one generation to the next. DNA expression changes thanks to traumatic experiences such as being held a prisoner of war or in rats via shock therapy. These changes are then transmitted to the next generation though that generation did not experience the trauma personally.

This is not meant to scare all of us parents or to blame us for all of our kids’ woes.

Instead, it’s meant to encourage us to attend to our own psychological and physical needs, recognizing that we must be healthy and happy for the benefit of our children.

Remember when we actually used to go on airplanes? And remember those instructions to help your child with their oxygen mask before putting on your own?

Self care is an oxygen mask. The message we receive all too often is that taking time for ourselves is selfishly taking time away from our kids, but it is, in fact, the best protection we can offer the next generation.

So many parents are stretched to their absolute limits during this pandemic, with studies showing mothers even more so.

Some day your child will look in the mirror and see your face. Wouldn’t it be wonderful if the face looking back could exude peace and love? Giving yourself those qualities means you have the opportunity to pass them on to the next generation.

Rather than a curse that carries on for three to four generations, we have the opportunity to offer a blessing.

It certainly feels like a blessing to see my mom in me.