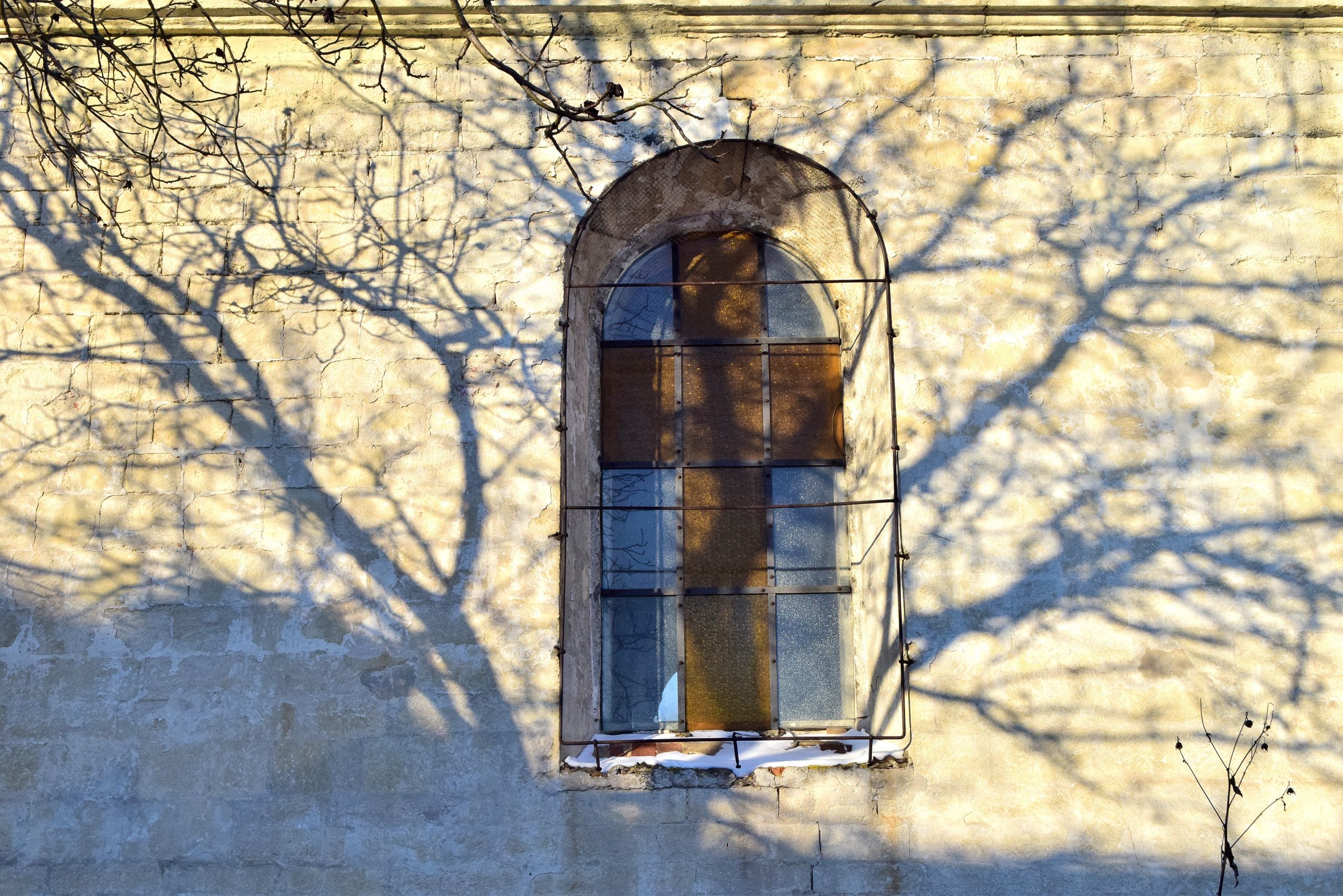 In the medieval era while England was still Catholic and long before the Age of Reason, mysticism held great respect.

During this time lived a woman called Julian of Norwich who became an anchoress. She was not officially tied to the church, but she shut herself off from the world by quite literally becoming attached to the church in a small enclosed space.

Anchoresses (or anchorites for men) would live in a room connected to the church—and never leave it—in order to devote themselves fully to spiritually and God. While not nuns, they eschewed the secular life.

Julian’s access to the world was a window. As an anchoress, she inhabited a liminal space. She was neither here nor there, neither a nun nor a wife and mother (the roles available to medieval women out in the world). That window is symbolic, a way to view the world without being of it.

Julian was cared for by the church and visited by those on pilgrimage.

In the medieval era, one could perform penance for one’s sins by traveling on pilgrimage. While we value travel (and perhaps yearn for it so much it pains us currently), pilgrimage was not fun. There were no hotels and no safe roads, so pilgrims faced harsh conditions. If one were a great enough sinner, perhaps that person would would be ordered by a confessor to spend part of the pilgrimage on his knees rather than feet that are made for walking or to wear a hair shirt. Imagine wearing a wool sweater in Florida underneath one’s regular shirt, hence mortification of the flesh as the hair shirt scratched and chafed.

Pilgrimages were conducted to holy sites and people, and Julian was considered pilgrimage worthy. Pilgrims would come to her window in order to speak to her.

During a serious illness, she had visions of Christ, and she authored A Book of Showings chronicling these visions that she found as reassuring proof of God’s presence and love.

She coined the prayer during a difficult time in England’s history that included, you guessed it, the plague.

I’ve been thinking of Julian’s prayer and taking comfort in it.

However, from a mindfulness perspective and with fears of appearing arrogant, I’d like to offer an edit.

We spend so much time on revisionist history and on projecting ahead to things eventually being well.

In the chaos and pain and suffering of now, what is well?

Julian in her personal suffering—a great and painful illness—found a connection with God the Father, Son, Holy Spirit, and Mother.

These are hard times, and hopes of vaccinations allowing us to return to travel or maybe even pilgrimages may sustain us. There is nothing wrong with that.

But maybe there is something right here and now that is good and worth valuing if we look at it rather than projecting ahead to what shall be well down the road. It doesn’t have to be big or obvious.

Julian found salvation and closeness to God through her near-death experience. Perhaps each of us can find grace somewhere.

For me, it was standing at the end of a boating dock early in the morning, the moon above the trees on an island in the river with dozens upon dozens of birds perching in branches. When I said aloud, “I trust,” those birds left their branches swooping through the early morning light, reminding me that all is already well should I choose to see it that way.

Photo Courtesy of  Irena on Unsplash