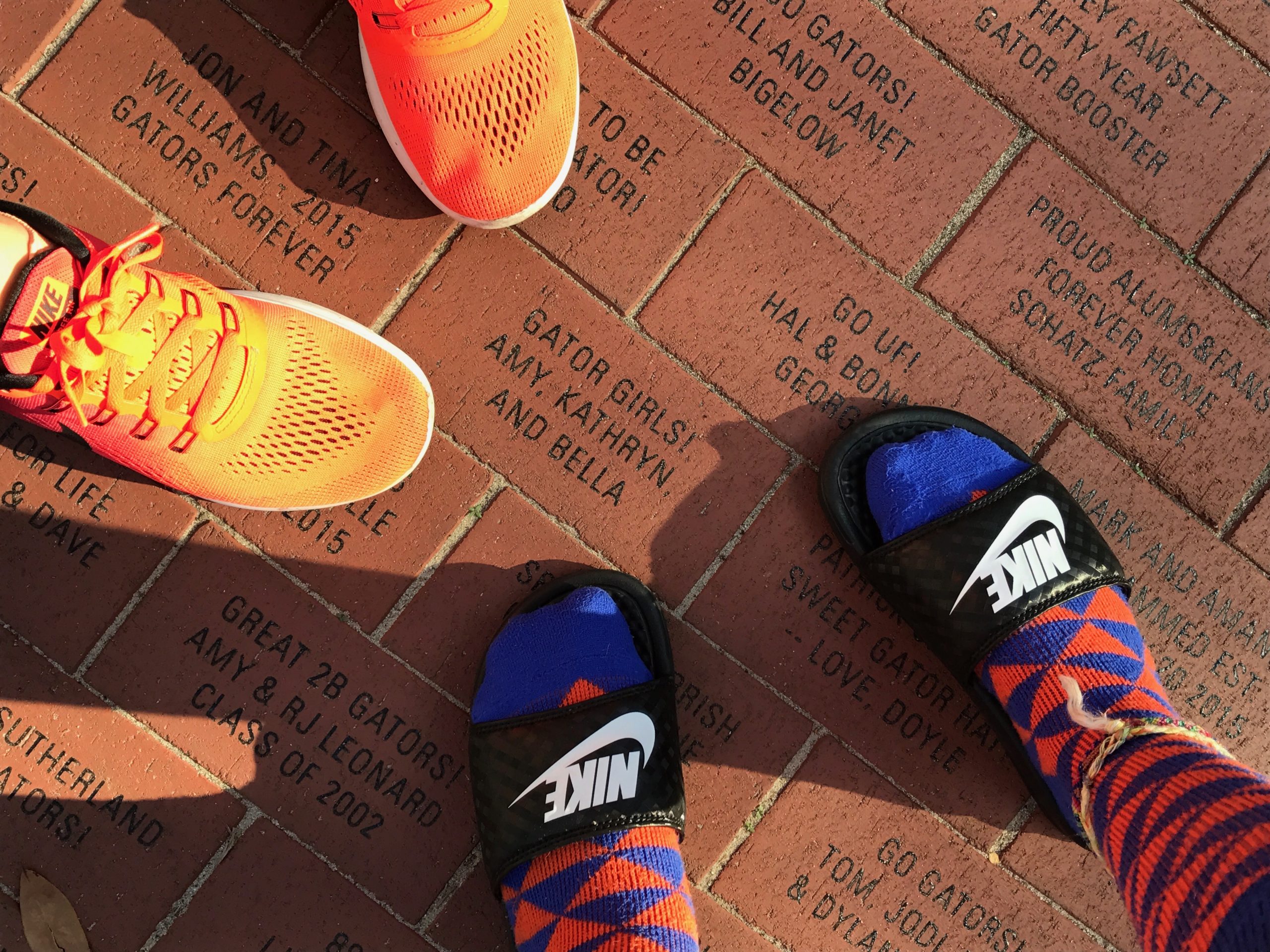 This week’s offering is off topic a bit. August 15 marks one year since my mother’s death, and she’s been very much on my mind. I wrote this piece for my university’s literary journal, The Sandhill Review.  The theme was belonging.

It was 2006 when I realized something was wrong with my mom. She kept asking me the same question over and over. It was clear that she hadn’t forgotten the answer. It was that she didn’t realize she’d asked the question, though it was the same one she’d asked 10 minutes earlier and 10 minutes before that.

The diagnosis was mild cognitive impairment. That would become dementia. Eventually, she would end her days in 2019 at an Alzheimer’s care facility.

We got our season tickets in 1988. It was before the Gators ever experienced any real success, before a Southeastern Conference Championship, long before any Gator fan dreamed of a national championship. We wore our orange and blue, we yelled when the defense was on the field, we sang “We Are the Boys” at the end of the third quarter, and we felt like we helped the team—win or lose.

Eventually, my daughter would join us at games. That was 2011 when Bella was eight and Mom was slowly moving deeper into dementia. We still sang, cheered, and yelled.

Outside the Gator stadium is an area paved with bricks where fans can donate money and personalize their own brick. We have one. It says “Gator Girls: Amy, Kathryn, and Bella.” Mom never saw it. By the time I gave it to her as a Christmas gift, it was too late, though I did not yet know that. By the next season, it was too confusing, too much for her.

But Mom never forgot we were the Gator girls. It didn’t matter if it was spring or summer; for Mom, it was football season. She wanted to know how the team was doing. She had on her Gator shirt. She was ready to watch the game.

We got our own commemorative brick in addition to the one at the stadium. I gave that to mom.

I brought the brick to my house after I packed up Mom’s home to move her into a care facility, but as I sorted through her other belongings and clothes, I forgot to save something formal for her funeral. It never occurred to me.

Instead, I buried my Gator girl in her Gator shirt.

I watch the games. I cry. I’ve been a fan all my life. It isn’t the first time the Gators, who’ve had a knack for losing in heartbreaking fashion, have made me cry, but it’s different. I cry for a real loss.

Mom is with me always. My Gator girl belongs to me forever. But I miss the cheering, the yelling, the singing, and the swaying. I miss her saying before every game that she thinks the band is bigger this year. I miss my best friend, my Gator girl.